As some threads are now closed thought it would be a good time to do some investigations.
I have seen posts in the past where some users were advising/using Opera. Having just discovered this on Wikipedia, users of said Browser should think again. (Another Waterfox-gate you might say!)

In 2016, the company changed ownership when a group of Chinese investors purchased the web browser, the consumer business, and the Opera Software ASA brand. On 18 July 2016, Opera Software ASA announced it had sold its browser, privacy and performance apps, and the Opera brand to Golden Brick Capital Private Equity Fund I Limited Partnership, a consortium of Chinese investors.[49][50]"

Opera used to be great when it started, it led the way by innovating with many features we use today and take for granted, such as tabs. Ever since that acquisition I've never used it again.

Luckily the CEO and co-founder of Opera parted ways and created it's own company in the spirit of what Opera used to be.

2679.30 (May 31, 2022; 51 days ago (2022-05-31)) [±] Vivaldi is a freeware, cross-platform web browser developed by Vivaldi Technologies, a company founded by Tatsuki Tomita and Jon Stephenson von Tetzchner, who was the co-founder and CEO of Opera Software. Vivaldi was officially launched on April 6, 2016. Although intended for general users, it is first and foremost targeted towards technically-inclined users as well as former Opera users disgruntled by its transition from the Presto layout ...

There are a couple of things that I don't like about Vivaldi and that's the proprietary customization UI. I myself I'm not a designer but still seems unnecessary, especially after so many years where they have been gaining quite a bit of popularity, albeit not as much as other competitors like Brave.

Years ago I used Opera but after Vivaldi became stable and I read the reason why it was created I went to Vivaldi and never looked back after all if the big'uns are afraid of Vivaldi it can't be all that bad .... google .... opera and m$ hate Vivaldi .... and how do I know ????

Because if you have any of these browsers installed and use them to search for Vivaldi you will get some pretty stupid responses like .....

Google .... This Browser is not recognized and not trusted .... use the following ones bla ... bla...bla

Opera .... Not recommended ... use at your own risk (but there is not a means to do so as the button to do it is removed)

When I recently tried to download Vivaldi on another computer which unfortunately had M$ browser loaded I couldn't so I download each of the others and got those replies (not word for word but pretty close) finally I remembered I could use DDG search engine and it worked ....

So if you are having trouble downloading Vivaldi use Duck Duck Go browser or search engine .... I never did try FireFox or any of the other ones to download Vivaldi ....

Just relating my resent experience ..... yours may be different ....

Still using Firefox... in the lack of better. I'm a bit hesitation about giving Brave a hurl, with all its crypto stuff.

I'm using Firefox ESR (Extended Service Release). After recent post about DuckDuckGo censorship on searches I've changed to Mojeek and if it can't find what I'm looking for I use the Brave search engine as you have the option with mojeek to use your alternative search engine of choice.

On a side note, interesting article on JavaScript here:

There's another web out there, a better web hiding just below the surface of the one we surf every day. To find it, you just have to uncheck one little box.

What I like about Brave is that you can disable all the unnecessary stuff pretty easily. I wish Firefox had more settings available on the settings menu instead of having to go through the about:config page.

In general I use multiple browsers (and profiles) for different purposes. Not only is a bit more hygienic privacy-wise, but actually helps me staying organized and boost my productivity.

On a side note, interesting article on JavaScript here:

One of the reasons I love uBlockOrigin. I start with pretty harsh filters and settings, and loose them a bit on a per-site-basis as needed, including JavaScript. I'm amazed when I use someone else's computer how can they stand all the garbage that floats around the web.

I've only tried Falkon and Epiphany (now simply called Web or Gnome Web). But unfortunately they weren't as pleasant to use considering that most websites use a ton of modern standards that are not yet very well supported by those.

Storm if you don't want to use brave use ungoogled chromium 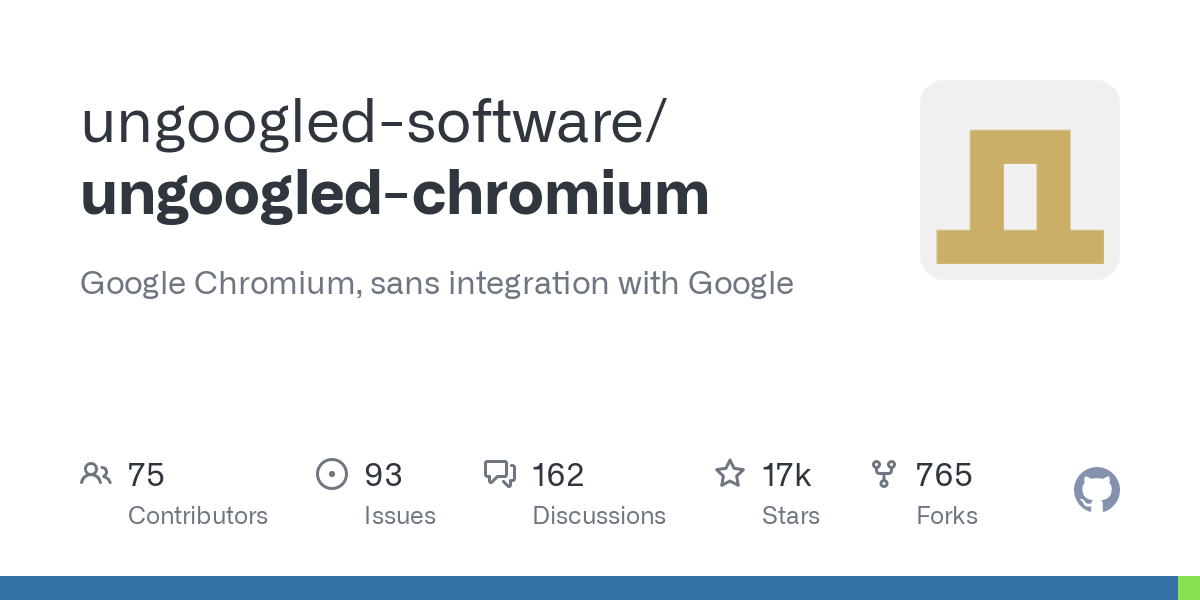 Google Chromium, sans integration with Google. Contribute to ungoogled-software/ungoogled-chromium development by creating an account on GitHub.

or you can use waterfox 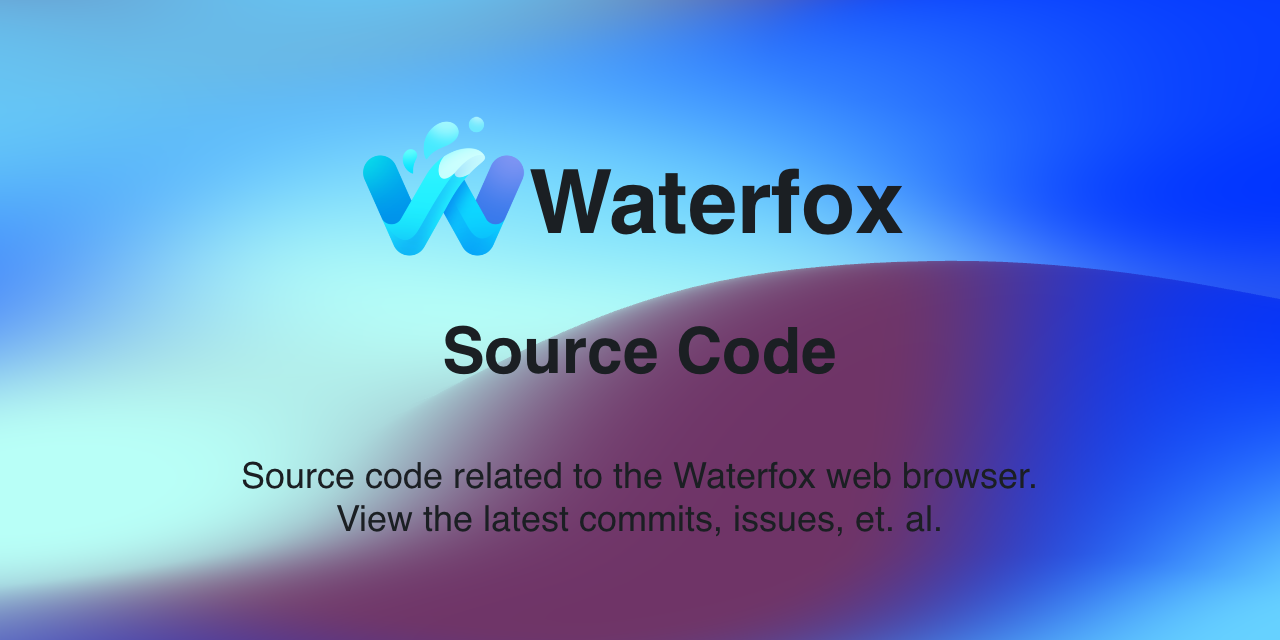 The official Waterfox 💧 source code repository. Contribute to WaterfoxCo/Waterfox development by creating an account on GitHub.

or you can use waterfox

Re Waterfox. Maybe worth a look at content here Zorin Forum website no longer functions on Waterfox

As has been stated elsewhere, Waterfox has been sold off and is now a data scraper like Chrome.

The linear descendants of Opera 12 and Netscape are Otter and SeaMonkey - both working fine in 2022. Falkon with Javascript turned off is great for annoying data-hogging websites. The easiest way to avoid tweaking Firefox manually is to install LibreWolf which is preconfigured for security. Ungoogled-Chromium and Iridium are both secure. I am also a big fan of Serpent 52 (basilisk) and Mypal68 which I use on an older device with XP Pro x64 - fully compatible with the modern internet.

Came here via Zabadabadoo's link to my thread. The browser market is currently slim pickings for me, and I suspect, for everyone. Here's my thoughts on the main options:

I've occasionally heard about indie browsers (Slimjet was mentioned a while back), but again, I'm not seeing the support base from the producers and users I'd like to see.

In short: Firefox forks or indie products seem to be the best option, and those are few and far between.

I have been using Firefox since 1.0, but to tell the truth, I am frustrated that ideas that have the support of many people do not make it to the development stage, or that discussions are not constructive. However, browsers are now huge apps and cannot continue to be developed by those without resources. Therefore, I still have to rely on mozilla.

By the way, I know how Brave was developed so I am not brave enough to use it.

By the way, I know how Brave was developed so I am not brave enough to use it.

Can you elaborate on what you mean by this statement. I have been using Brave for a few years now and have been very pleased with it. I turned off all the Brave rewards junk and background ads. So for me it has been a pretty good browser. I like that it lets ME decide what search engine I want to use and can add any search engine I want.

I turned off all the Brave rewards junk and background ads.

The implementation of such a feature deserves to be doubted. In the first place, why did Brendan Eich turn against Firefox, which he founded himself? He could fork Firefox.

Mozilla's behaviour has become more sketch and sketch with time,

It's a freaking Micro$oft product - need we say more

That reminds me...of Bing.
Last time I tried Edge which shipped with bing by default..It was a terrible experience. Edge and bing try to bombard you with information....that are *cough * mostly useless. I mean, they don't even have any white space for gods sake. It is too much to take in. Normally I don't care about bloat but edge is too much. Google gives just the right amount of info and does not give more than what you want but it is filled with ads. I use an ad-blocker so problem solved for now.

Chromium is open source and a very popular option for privacy freeks. I don't see how or why google would plague with spy cams. Also consider using brave. Its also open source.

I am sticking to Firefox for now, though.

He also created the javascript programming language. Good luck dodging that across the web.

Concerning Chromium & Chrome (since the former forks the latter's code):

Have you seen how old some of those items are! Things move on.

Not old enough for my tastes. If additional info were posted retracting these, or concerning fixes, I'd be more inclined - haven't seen enough on this front, however.