I won't let you go back to Windows until you've tried POP OS first.

Kdenlive is the best video editor for Linux BTW, its not as powerful as Adobe Primere PRO obviously, its not a commercial piece of software, but its a darn awesome video editor though that can do most of was Primere can do.

i tried pop os but it just isnt my thing idk why the ui of zorin 16 was awesome, and kdenlive was looking very ancient when i tried and i just did not feel comfortable with it
is there some other editor
And i think the bluetooth issue is due to UBUNTU and pop os is based on ubuntu so i dont think it would be any better 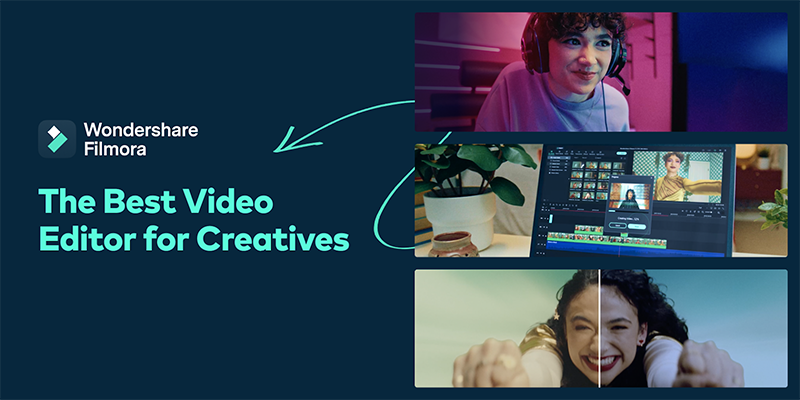 I guess you could always try XFCE, @Aravisian would be able to hook you up with that BTW

idk why its all just missing something, Lightworks looks like a good choice,but the free version only supports 720pand i need 1080p support. And i couldnt find cracked software for linux

im thinking of trying fedora, if that also doesnt work out i will install windows

OK, just a quick FYI, default Fedora is based on Ubuntu, same as Zorin, same as POP. Before jumping to any other distro's, I really want you to get @Aravisian professional opinion and guidance. If I had to guess, he would probably want to get you on XFCE.

Its a LITE distro, customisable. But, beauty is, Aravisian is doing the whole Cinnamon XFCE thing I believe, and you might like it too. Aravisian, why now show Madhavan what your desktop interface looks like, so he gets an idea on what he could have too possibly?

I am trying to keep this guy away from Windows. But what Microsoft has in store for you all on Windows 11, will make your mind pop like a balloon. When you install Windows 11 on your PC, one of the things you will be agreeing to, is for Microsoft to take remote control of your PC.

I don't think I have to explain why that would be a bad thing. So, if we can keep you on Linux, any distro will do honestly. But ultimately,, its the distro that is gonna work for you, that will be the deciding factor. Thats why your gonna need Aravisians help.

Cause he's been around the block, and he knows what works, and what might work best for you.

I really did not know microsoft can do that. I tried the insider preview and it looked like kde and it felt a lot like linux. The only reason I think windows is better is because of the Adobe creative cloud. Why aren't they making their softwares available for linux? And I said about fedora because I thought it was an independent distro. I did not know that it was also based on Ubuntu. How about debian? It's not based on Ubuntu right. Will it work-I know that Ubuntu is based on debian but with a lot of changes- I will also try xfce. Is that a distro? Never knew that I thought it was a desktop environment. Now that you said the remote access permission for Microsoft windows 11 is of my list. Maybe windows 10 too unless my school starts using TeamViewer and Microsoft classroom. The fact that Adobe is not producing software for linux really annoys me. It's what kept me away from linux for quite a while-well that and roblox, but I don't like roblox anymore- I heard that wine support for Adobe CC is really bad so I'm not even gonna try it. If I stick with linux I probably will use lightworks-GIMP is good enough for me to edit my photos- I just need a powerful video editor and a fix for the bluetooth issue

Yes Debian is its own thing I believe.

Yes, Windows 10 was already far too intrusive for my tastes, so much so, I never even bothered to try it. But their plans for Windows 11, most people don't even know how bad it is, I think a lot of complacent people just don't want to know.

Far too many folks give up their freedoms, and become complacent, in the name of convenience. Its sad, but true.

I know exactly what you mean! When I first came to Linux, I tried to install my latest copy of Adobe Photoshop Elements, I think it was version 14, can't remember now, its been literally 6+ years since I used it.

It was either I wasn't able to install it in Wine at all, or, more then likely, I wasn't able to launch Adobe Photoshop Elements. This is because Adobe are a big corporation, and they operate on the same exclusivity that Microsoft does.

Basically, Adobe goes where the marketshare is. And the only places there are marketshare right now is MAC and Windows. Adobe don't even put out full software that supports Google devices.

They got this chinsy APP for mobile that is absolute junk, ohhhh, and you need an Adobe account just to use it too, how pathetic is that? So blame the developers like Adobe who don't give a crud about Linux, thats the problem.

I always have considered Kdenlive to be very powerful, it can work with 4K to 8K video's you know. But as you say, you don't like the look of the interface. Kdenlive got a recent update that improved its stability greatly, and improved the layout a tiny bit.

I am not saying its perfect, but is an option. I understand where you are coming from though. You got all this software you invested in, and are used to using, now you realize you have to give it all up, just as I did. But for me it wasn't a total loss, as there are Linux equivalents.

Yes of course, I use the term equivalents, loosely lol.

Yeah I am not gonna try windows anymore it's just bloated, I like the look of windows 11 very much, but there are a lot of Linux distros that are better and have more functionality. I think I will try kdenlive I haven't used that in a long time so maybe it's better now. I don't use Photoshop a lot that's why I think gimp is enough. You are true about the phone app Adobe provides.Its just bad. I think Adobe is never gonna create for linux, cause they partnered with Microsoft for windows 11 maybe they have some unofficial deal that Adobe won't create software for linux because we all know that a lot of people like me was stuck with windows because of creative cloud , and if Adobe makes a software it would mean a downfall for windows.

Fedora is an independent distro. At least according to the site I saw.

Maybe you can try manjaro linux

i will try that too, but isn't archlinux notorious for being hard

Arch itself yes, manjaro is great out of the box

I have a manjaro on another old pc. Working but old machine little slowly but working.

I want try POP OS but i stuck on black screen.

I think you'd be better off to pose a question at Pop forum.
You would see way more Pop users there than here.

I am tired with all this disasters distributrion with black screen. I stayed with Zorin 16 Pro. Probably I will go forward again with fresh installation Zorin 16 Pro. Why? Because before tried many solution what working and not working. Many trash them. Many type kernel there what I need off that.

I will go forward again with fresh installation Zorin 16 Pro.

If you see much problems, the Quickest Solution is Clean Install <- our family Credo

Bourne has been suffering an issue with several distro's, its not isolated to POP, its happened on Zorin OS as well. He's getting black screens, where he can't even get to the point of installing the OS.

I tried to help Bourne myself, but I am just completely clueless as to how to fix it. All possible solutions that I and other's have provided, have left no solution to fix the problem. Its gotten to the point now where my brain is off.

I am just too worn out, and I am also getting really sick and tired of the kernel related issues that are causing everybody issues. Endless, and I mean endless problems because of it.

We want users switching from Windows to Zorin OS to have a positive experience. But what is the first experience they see when they go to make the switch? Problems. Endless problems.

And the darn kernel is the cause of a good portion of that. But there is also another issue that were seeing, where drivers that should already be loaded in the kernel, are apparantly not there, or not working at all, and people's hardware is not functional.