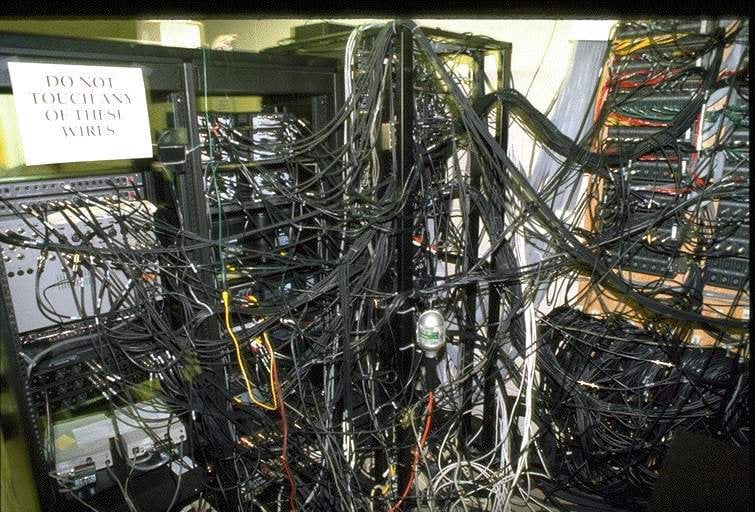 3 Likes
Back To WINDOWS!
I have 2 wallpaper that i want to change according to time
Realtek ALC255 sound and subwoofer
madhavan 22 September 2021 13:47 #2

oh that hurts my eye

Yeah, I do my best FrenchPress, but sometimes Linux pushes me to my limit. My brain can't take it.

I pitty the person who had that setup going.

oh that hurts my eye

It is an embodiment of that legendary "spaghetti codes".

That server room makes me want to commit arson. LOL.

Someone needs to do a course on structured cabling, urgently!
Who on earth would sign off an installation like that. A maintainers nightmare.

Someone needs to do a course on structured cabling,

You are absolutely, right.
Differences are night and day. 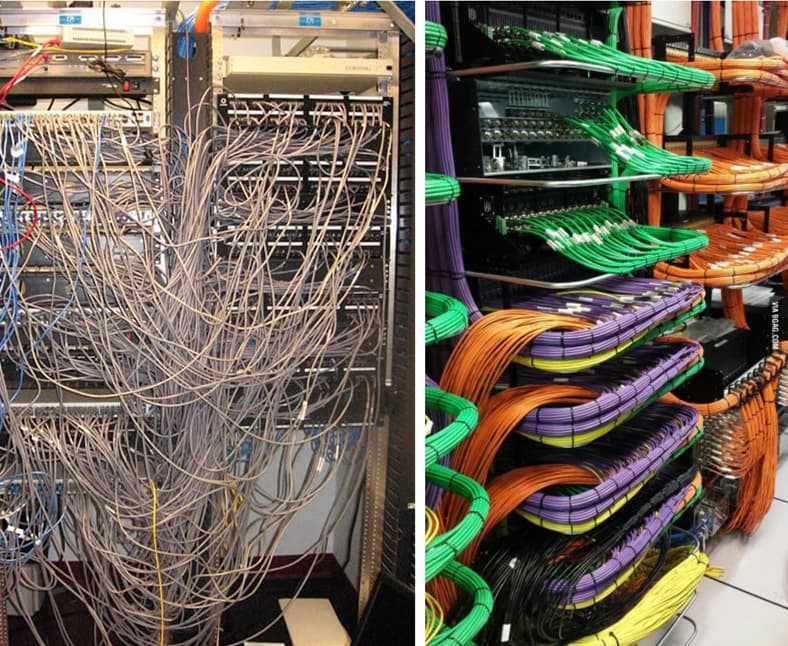 Look, I am the first to admit that I am not the best at cable management, I got some wires going across my floor in here, but its a bedroom, I hardly give a crud. But if there were to be a lot of foot traffic in here, I'd at least run the wires through a threshald thing for safety, you know that whole OSHA safety reg deal?

However, were not talking about my disorganized bedroom are we? No. We are talking about a commercial building situation, where a server room in a professional space is of concern. And looking at that spaghetti mess, even I know I could do better. I am no cable installer, and even I know a better way.

Alright, a reminder that I am no cable installer, but I got some ideas. First of all, ethernet cables in a professional setting should be blue in color, it helps to easier differentiate them from black power cables or specialized POE cables. And the ethernet cables should be coming down from the ceiling.

All the cables should be neatly run through ceiling condoit going in and coming out of ceiling. Now, there will be a lot of them usually, so what were going to want to do, is use a modern piece of technology called cable combs. Why you ask? Cause cable combs force the ethernet cable to straighten up.

The cable combs will organized the cables and make them neat, and like I said, straight. What I would want to do, is run those cables along the side frame of the rack mounts, I can use velcrow ties to secure them along the framework. Then I would just rout them to the front where the network switch is, and plug them in.

Again, the cable combs keep them need, velcro ties keep them secured. This way, there is no mess, and you don't have cables going every which way to Sunday. Power cords should be plugged in from the back, never the front of the rack mounts. Those power cables can be grouped together via velcro ties, then secured along the inside of the rackmount framework, until we reach a 12-port to 24-port power switch.

You wouldn't have wires going everywhere with my setup. My setup would be clean, organized, tidy, you would feel a sense of pride walking through the room. And I am pretty sure my job would end up being actually OSHA approved. Unlike that spaghetti mess we just witnessed.

So what do you think, you guys like how I would do it?

Very interesting.
Oh, wait did I derail the discussion again??

Perhaps I should start at new thread about cable management.

In simple terms, if it looks right, it probably is right.
Even a small home installation can be neat and tidy. That way it is easy to cable trace and fault find without having to unravel a knitting knightmare to find where the cable goes.
Motto: Install it as you wish to maintain it.

I split the thread

Oh, wait did I derail the discussion again??

It comes naturally to you.

But @StarTreker can take some of the blame, mentioning this: 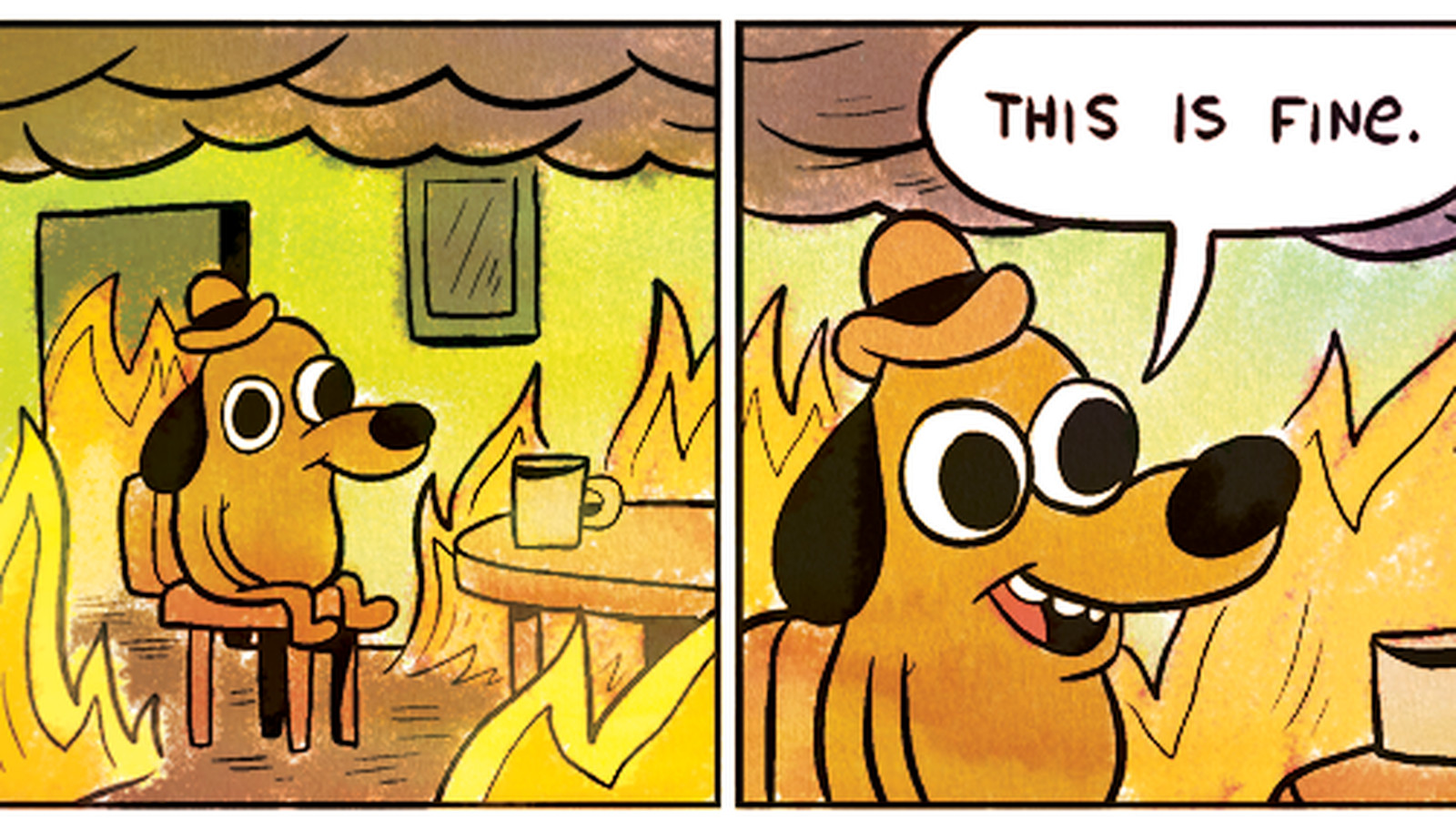 The one on the right is so satisfying.

I agree, I love the cable job that was done in the picture on the right, that is an A+ job. I bet just the cable management alone cost the company a few grand lol. Remember, time is money folks.

But I do appreciate a sexy cable management job. Its very nice!

the right one is so colourful and bright while the one on the left is messy,monochromatic,dull and an eyesore

the right one is so colourful and bright

while the one on the left is messy,monochromatic,dull and an eyesore

With much respect to the Russian people, they surely know how to make things work even in what seems to be the most impossible situation. Caution! You might find some images disturbing if you are cable fetish Ha Ha. There was one that I would regard as reasonable amongst all those photos.
Actually the 3rd one reminded me of @Aravisian on a bad day.
The other one that registered was the one with mass of yellow patch cables. It looked a bit like a wire-wrapped backplane, but a different size and scale.
I did not see any photos showing matchsticks holding wires in place mains power wall outlet (instead of a mains plug). But that is a quantum step up the risk list compared to Cat5 cabling.

Talk about getting caught up in the quantum entanglement!