Today my wife turned on her laptop for small stuffs. In the background of windows 10, Windows pushed again updates around. This time she saw a message about her laptop could not install Windows 11. After those updates her wifi adapter was completely gone and i cant get it to work anymore (not listed anymore in the hardware list). I removed the adapter out of her laptop, removed all the power, reset the bios and even booted into linux. Even linux does not see the wifi module anymore. Is there a sudo command so i can check what is happening ???? I get the feeling MS pushed a update through that kills a older notebook so you are forced to buy a new laptop with windows 11

. I wish i trashed windows earlier on that machine.

Oh I believe it!

Because that is exactly what Microsoft did to an Xbox360 console of mine. Bought a new xbox360, used it for years, and then when the Xbox One became a thing, Microsoft did something with Xbox Live that killed my account.

Its their way of saying, time to get an Xbox One, were pushing you forward since you don't seem to want to do it, so were gonna make you. Well, they don't control my life, they can't make me do sheeeeeeet!

Well, sounds like Microsoft are at it again, this time its destroying PC's. After all, Apple does the same thing with their old phones. Yeah, I find it interesting how the WIFI adapter just so happened to fail right after a Windows update.

Good news is, you don't need the internal adapter to get WIFI. You can get a USB to WIFI dongle, but make sure you get one that fully supports Linux. They don't really cost that much so its an easy solution, rather then spending 500 dollars or more for a new computer.

You can get a USB to WIFI dongle

Ah didnt thought about that one, I will look into a new one IF i cant get it to work and trash windows for good. Yes it really happend after a forced update, we didnt even get a notification if we wanted to update or not. After the update it said the laptop was not good enough to run windows 11 and the wifi card disappeared. I tried reinstalling the drivers, checked in the hardware info...it is completely gone

So i am not the only one with a update that kills the wifi card. What a terrible company microsoft

Hi One (fairly) recent Windows 10 update stopped my Wifi. However, all the fixes tell you to go into Device Manager and update the drivers. What do I do if it's gone from Device Manager (and is not Microsoft's Patch Tuesday roll out from last week has been causing problems for some users, such as busting Wi-Fi connectivity on certain NEC systems running Windows 10 1903.

For context I am running windows 10 via bootcamp. Last Tuesday Windows updated to what im assuming is the 1903 update. Ever since then I have been...

Windows 10 May Update removes wifi settings completely! It’s not even an option to reconnect as the icon has completely disappeared.I’ve been trying to...

I hope Microsoft gets sued for this, everybody has the right to sue. This was intentional pure and simple. Its time for Microsoft to pay. Hope all Windows users join a class action on them.

Well those articles are from 2019-2021, it does not happen to everyone for sure. But 3 years later and still machines get affected ?

I don't like to say this but Microsoft is like cancer for the hardware industry. I really hope more and more people switch to linux and i hope i still live to see this going to happen.

@StarTreker, is there a way in Zorin OS 16 or Pop! OS 21.04 to check the hardware in this notebook ? To see where the wifi module is and if it is working somehow ?

@StarTreker, in windows it's detected and completely turned off. 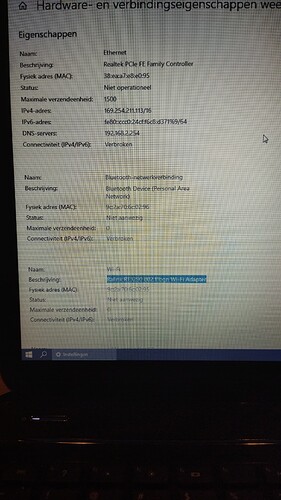 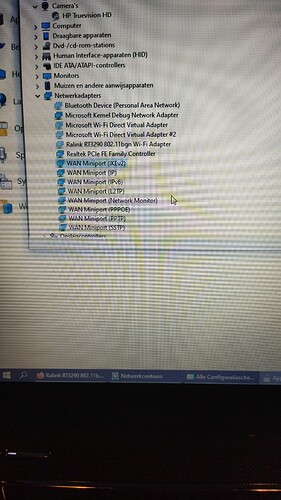 After removing the card i wanted to reinstall the driver. But no i am not allowed

. Microsoft killed it with the update. Tommorow i will buy a usb wifi stick for my wife and install Linux on my wifes laptop. 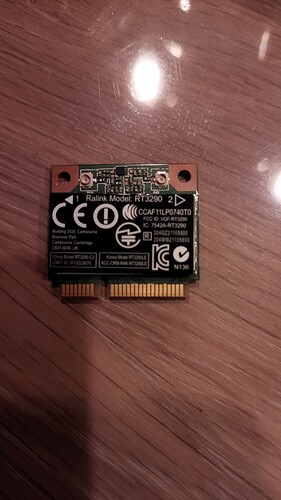 Out of the box it is detecting both GPU drivers 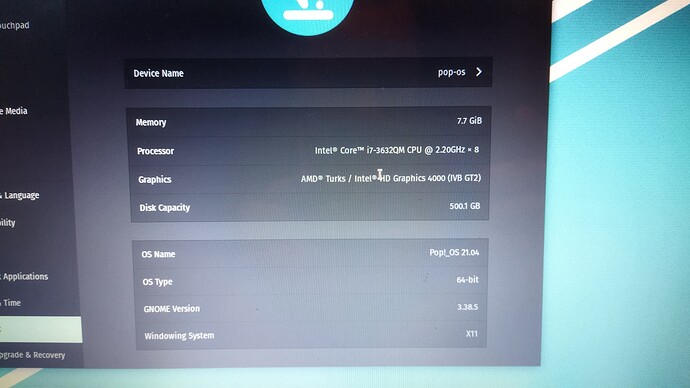 Yeah, I just don't see people standing idly by and just taking it like that. I think people are going to revolt, either by suing MS for this, or jumping ship to Linux all together. I am happy to see that POP OS 21.04 detects your GPU's out of the box, thats awesome! Congrats!

I dunno... companies have been bricking electronics and using planned obsolescence for a very long time.

People complain for five minutes. Then they buy it again. People don't care. They just don't.
Caring takes effort. Most won't walk ten feet to a trash can.

Well i bought a tp-link ac-1300. Booted up live in Pop! OS but does not detect the wifi card.

Most won't walk ten feet to a trash can.

Not when you can drive ten feet to it.
Opps. I do not mean to deviate from the OP subject. Where is @FrenchPress ?

Just so you know, I looked up your WIFI adapter on Amazon, I then looked at the Q&A section, typed in Linux. There were mixed results, some say there is no Linux driver for that adapter, others say it worked for them on Ubuntu 20.04.

With results such as that, its not definitive. All we know is, its not working for you currently at this time. But there might be a workaround.

Got it to work using these commands. 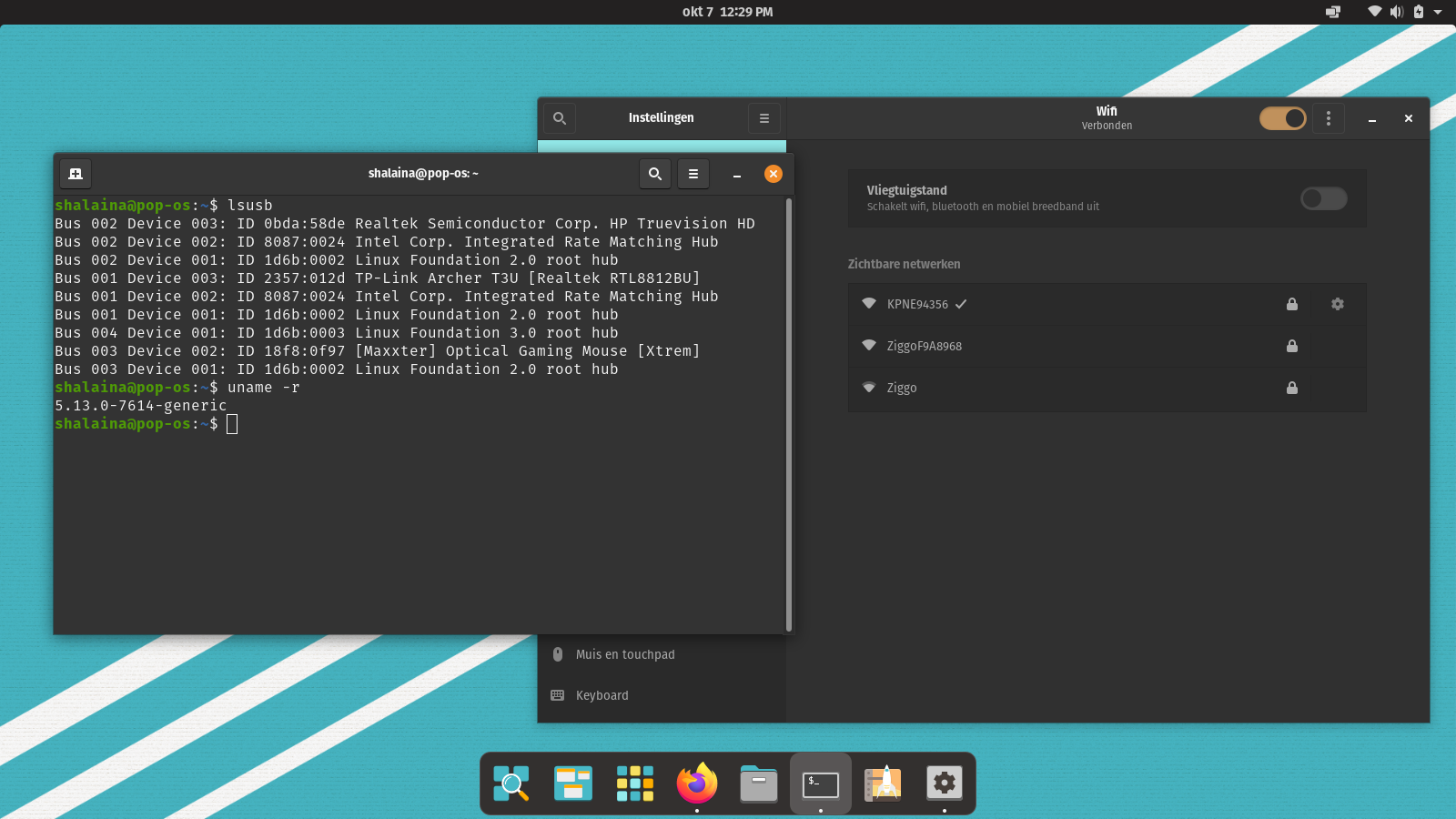 Oh my gosh, I am so happy for you!!! What a huge load off your back! Now she gets to enjoy Linux, no more of that Windows garbage. Time to use a real OS. I can tell you right now, that OS can do everything that she needs.

From what I remember you said about her, she's not a heavy user of Windows specific applications. So this should do fine for her. Microsoft just got a good kick in the pants form Michel.

Hehehe thanks, she asked me to install the older sims games and older rollercoaster games haha. Let's see if i can get them to run in Lutris.

Nah she rarely is using the laptop, the laptop is more stored then in use haha.

Yeah time to use a real os indeed, microsoft does not get into this house anymore. Killing the wifi card yesterday made my wife a bit angry, i told her that linux will run better on her machine AND she does not need to reboot after every update. Today installed over 70 updates and did not reboot once

. Microsoft can learn from Linux

My laptop is only 3 years old and when I took the Win 11 test it told me my computer was to old ... that is when I started looking of another OS ... sure glad I found Zorin and this board ...

By the way you don't need to install any of M$'s updates ... as I said my computer is 3yo and when I got it I installed Pro ... from that point on I didn't download ANY updates from M$ till this day ... there are ways around it but only with Win 10 Pro ... before 10 I ran 8.1 for years again never updated anything with Win 7 and below you could opt out in the OS ... drivers were done from the manufacture ...

Don't mind updates from Zorin as I trust them ... M$ is just into data mining and privacy breaching and they don't give a flip about you ... I told everybody I came in contact that with the free installation of Win 10 there was something very wrong ... because as you didn't pay for it they owned you and the software and you had no legitimate way or reason to complain ... and I was right you lost all your privacy ... the only reason I went to Win 10 was because I bought a new laptop and it was already installed on it ...

Thank god I won't be having any of those problems as I can stick Win where the sun don't shine very soon ... I stay on Zorin all day and only keep Win around in case I screw something up with Zorin and need help getting going again ...

When I bought my new MSI computer back in April, it came with Windows 10 on it. But I had already seen enough of Windows 10 in tech media to know, I didn't even want to boot into it to check it out! Win10 never got to see the light of day, never got to connect to my network and spy on me, no sir!

I loaded up the POP OS installer, booted off of the USB drive, and I used GPARTED to remove all the Win10 partitions. I had trouble at first doing this, no down MS's BS security methods. But the 2nd attempt was the charm, and I got those partitions removed.

I then installed POP OS and I haven't looked back since, sent those Win10 partitions right into the MSI black hole, right where they belong, sucked into oblivion. lol

My laptop is 4 years old, probably to old as well but as soon as i have read Windows was going to change the specs i was googeling for a linux distro. Back in Augustus i have read alot about Zorin OS 16 and that this was 1 of the best distro's for users who came from Windows or Mac. Tried it, like it and didn't look at windows anymore. Loved to sort some things out/how things where working. Took me a few weeks to get steam running with Proton, steam lists proton builds but they don't download automaticly ... i tried adding a non-steam game and i was really like "grrrrrr why does it not work!!!!'' but yeah without the proton installed it is the same thing running a pc game in a ps5 machine haha. Everything got set-up here, i am so happy with my Linux. It is so much improved compared with 8 years ago when i tested linux for the first time.

The usb wifi stick is bloody fast, booted the laptop without the stick to see how fast it detects wifi. It took 1 sec. Here is a picture of the stick 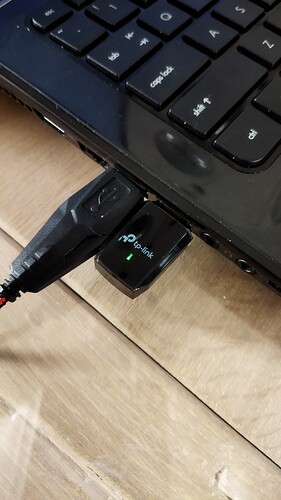 DUDE, TP-Link makes some excellent hardware! I used to be a fan of Netgear, but some features they put in as afterthoughts and are half-baked, and I won't buy Netgear anymore.

Don't you love the super fast speed that you can get out of a tiny device? You look at that thing and your like, "OK, this thing is obviously made for convenience, it won't match up to an ethernet connection." Then you start using it, your next words are, "Holy guacamole Batman, she's fast!"

And then I as Batman will say, "I know Robbin, she gets me there in half the time!" I tell ya Michel, you made a good choice picking that one. I wanna show off some sexy TP-LINK for you to see too, this is my Gigabit ethernet switch I bought this year from that brand. 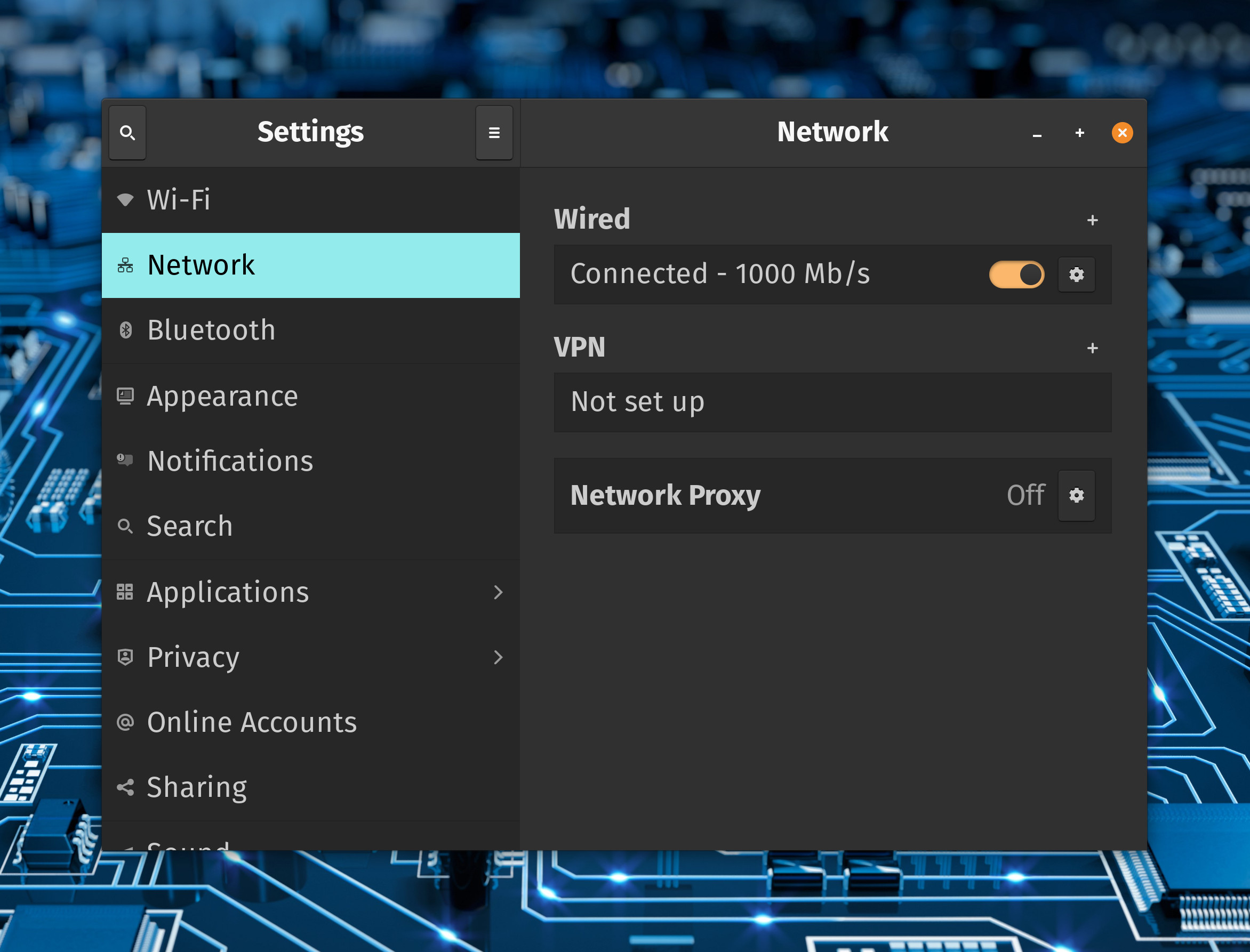 And yes, this screenshot was taken just before I changed my theme to Material Black Blueberry. lol