Since this is an ongoing series, I will be posting all these video's, as they release, in this thread, to keep things organized. I've been waiting for this series for quite awhile, and LTT finally released their first part video on it. This is a very exciting series, and I highly recommend that you watch it. 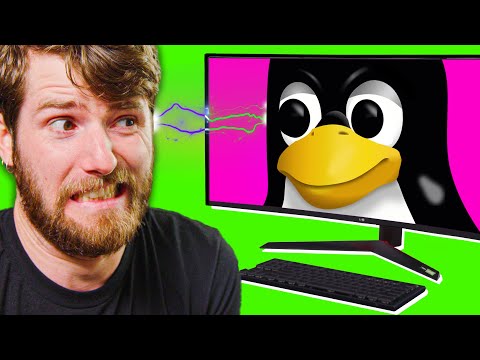 Observations from this weeks episode...

I am really surprised that happened to Linus when he tried to install Steam on POP OS. I have installed POP OS on two machines, one from 2012, and another from 2021, Steam on both of them, and that has never happened on either of my machines!

Having said that however, for the meantime, it looks like Manjaro is working out for him, other then his sound issue, which is quite common in Linux, probably needs to install his drivers. I also agree with Linus about what he says, in regards to Linux jargon. Even I can admit not all beginner users understand this stuff.

Luke chose to go with Linux Mint, and he appears to have had a much better experience out of the box with it. Also, Luke appears to have greater Linux knowledge from the very start, with his previous experience with it. So that no doubt has helped him in this challenge.

Unlike Linus who had quite the shaky start, Luke appears to be having a better time. We will know more as time progresses with new video updates, which I of course will post here. I am really loving this series so far, we get to see two primary Windows users, dabble in Linux.

Oh Mint. My first linux... To have an easy life with Linux, needs to have a patience with researching. Just my opinion.

I think the reason why during his installation in Pop_OS, Linus got a black out screen is because something happened to libraries. Which is often I always be wary when I remove or install cause any installation can affect the system, especially in Linux world. Like when I install brave, keyrings pop up because in its installation it will trigger keyring. If I uninstall that part that triggers the keyring in Brave, it will affect GIMP. My my. Hahahahahah.

I enjoyed the video! All I can say for certain "Thank Goodness for Zorin OS" I have had no trouble aside from me thinking I knew what I was doing with drivers. Ha!

But Zorin has loaded for me no problems and is running my M$ stuff. Pop! OS looks very much like Zorin from what I saw.

Zorin distribution what i never heard have some problems on websides about politic dev. Security od another battle like pop os with gnome. Future creating a Linux and people. Two brothers is peace choice - bigger team more ideas and solutions?

This is NOT going Well… Linux Gaming Challenge Pt.2 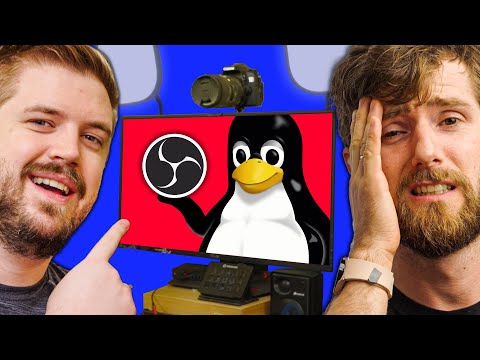 Yep, thats Linux alright, sorry boys, but your just gonna have to deal with it and make it work, just like we all have to.

FYI: I have left the forum and no longer participate here. And while this post may feel like a contradiction, please note, I made a promise, and I don't break my promises, so I will keep this thread up to date.

Hey StarTreker, PM'd you. Hope you think this over. Miss you man.

2 posts were split to a new topic: Punch StarTreker in the Snoot

Okay finished watching part 2..... They are having heck with Linux OS that they picked. Should have gone with Zorin!!!

You knew that was coming...

I'm not a gamer (sorry guys & gals), so it is neat on one hand for me and funny as they struggle. However, I am a music and image guy and as I watch on my OS I love the image quality of mine. Picture is SO much better on Zorin verse M$ and I'm chuckling as they say things about reference to M$.

However, I now am thinking of branching out to games. Just due to the images I see on the games. What a ole guy like me gaming ? Nonsense, rubbish! Ha Ha

Question: Is it that hard folks setting up for playing like we see them struggling?

Well, we will see what next week holds for the program...