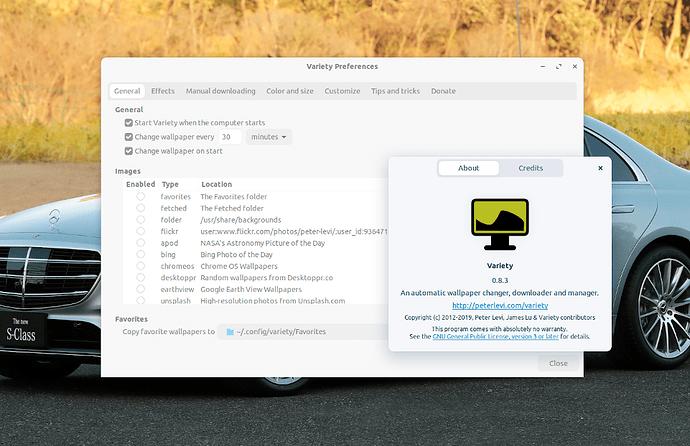 Run the install command with -y flag to quickly install the packages and dependencies.

The default configuration will improve battery efficiency, but if you choose you can go through and change things. Please read up on what you want to change if you don't know, it can be problematic if you modify some of the settings.

After the installation, scan the font directories on the system to build fresh font information cache files. To do so execute the bellow command from the terminal window:

To make this change, first open a Terminal window on your Linux system. Run the following command to put the real time clock on the motherboard into local time. Linux will store the time in local time, just like Windows does.

9 posts were merged into an existing topic: Discussing Top X+1 things to do after installing Zorin OS 16

First thing first, that people seems to forget and can give a headache. Update your system before anything else.

There are many fonts you can get individually to extend your font collection. You can install them, as with any other package, using:

Replace PACKAGE_NAME with any of the following:

Install All at Once:

If you don’t only need one or two more fonts but have decided to drastically expand your collection with everything we mentioned up until now, don’t install each package individually. You can bring them all on board at once by combining their installation in a single apt command, like:

Copy the line above, paste it in your terminal, press Enter, and soon you’ll be playing with a ton of new fonts.

source: How to Install Fonts in Ubuntu 20.04 - Make Tech Easier

8 posts were split to a new topic: Troubleshooting top x+1 things to do after install

Neofetch displays which Linux distribution you are using, Host and Kernel details, desktop environment. On the hardware side, it displays information about the CPU and GPU, total memory available by current usage and the uptime for your machine.

It also displays number of dpkg and snap packages installed.

Installation in the Terminal

copy and paste this code:

source: How to install Neofetch in Ubuntu / Linux - The Linux User

To switch to Nvidia card:

To check which card is being used right now, run this command:

source: How To Switch Between Intel and Nvidia Graphics Card on Ubuntu

If you have any problems with an external monitor:
Open this file in your favorite editor (vim, nano, gedit, etc.).

Change swappiness value, cause default is too high for modern systems.
sudo gedit /etc/sysctl.conf
Add line in the bottom of that text file:
vm.swappiness=10
Press save and then reboot pc.
Also if you're having SSD, then u need to edit one file for it's longer lifespan:
sudo gedit /etc/fstab
And find a line where your system/root/home (usually it's on SDA2) partition has been installed, and after line errors=remount-ro add line after adding,noatime. It should look something like this:
ext 4 errors=remount-ro,noatime
But don't edit efi and swap partitions. Save and reboot.

Moved posts of issues to general help to keep the tutorials and guides clean:

Troubleshooting top x+1 things to do after install General Help

@pazoff, After execute the command: sudo apt install ttf-mscorefonts-installer A screen with some terms appeared, but I could not accept them. What should I do? I do not know how to click or type "ok". Greetings, jonatas.rocha

What is the problem?

OOM conditions may cause freezes, livelocks, drop caches and processes to be killed (via sending SIGKILL) instead of trying to terminate them correctly (via sending SIGTERM or takes other corrective action). Some applications may crash if it's impossible to allocate memory.

Here are the statements of some users:

"How do I prevent Linux from freezing when out of memory? Today I (accidentally) ran some program on my Linux box that quickly used a lot of memory. My system froze, became unresponsive and thus I was unable to kill the offender. How can I prevent this in the future? Can't it at least keep a responsive core or something running?"

"With or without swap it still freezes before the OOM killer gets run automatically. This is really a kernel bug that should be fixed (i.e. run OOM killer earlier, before dropping all disk cache). Unfortunately kernel developers and a lot of other folk fail to see the problem. Common suggestions such as disable/enable swap, buy more RAM, run less processes, set limits etc. do not address the underlying problem that the kernel's low memory handling sucks camel's balls."

"The traditional Linux OOM killer works fine in some cases, but in others it kicks in too late, resulting in the system entering a livelock for an indeterminate period."

To install from PPA: 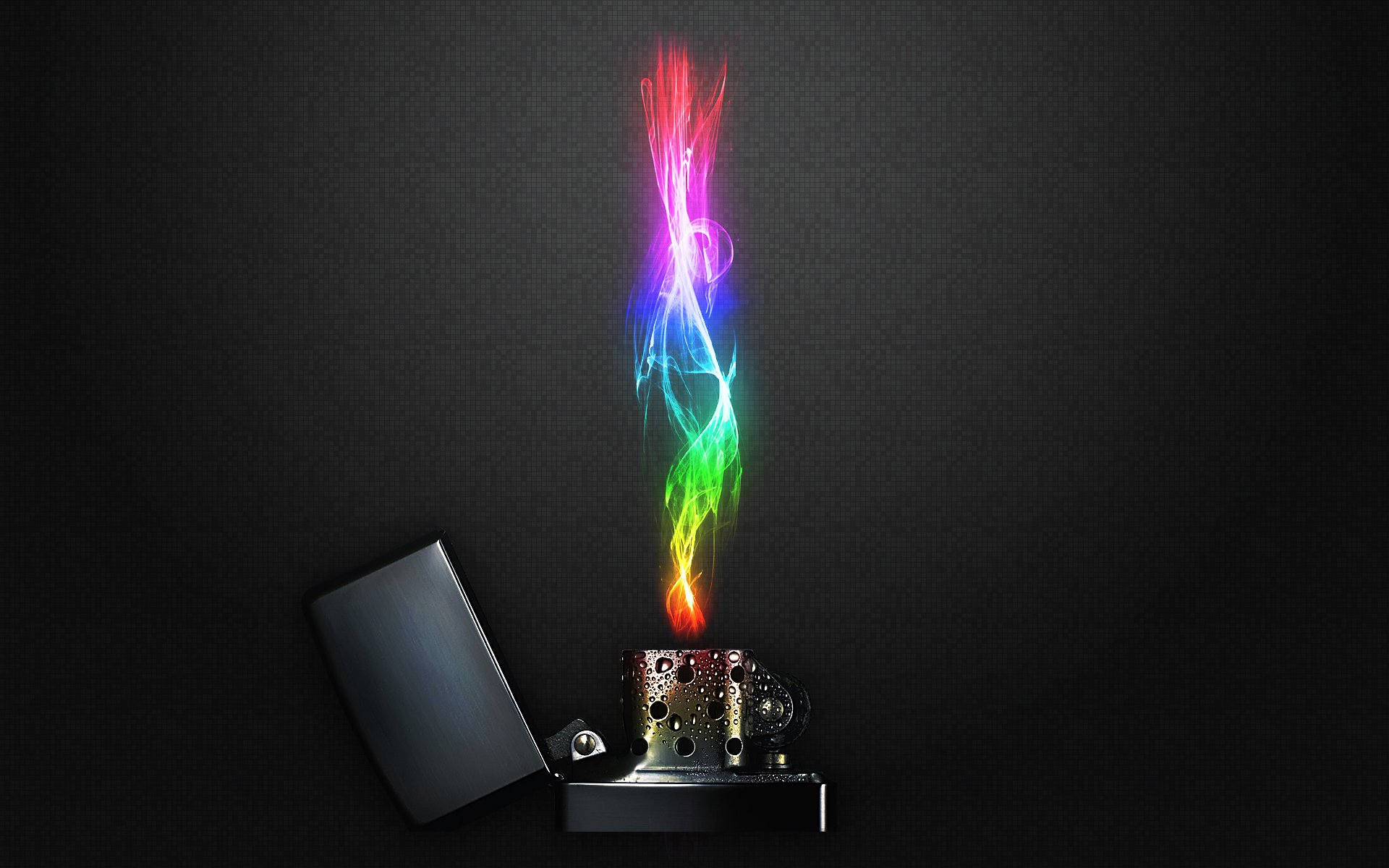 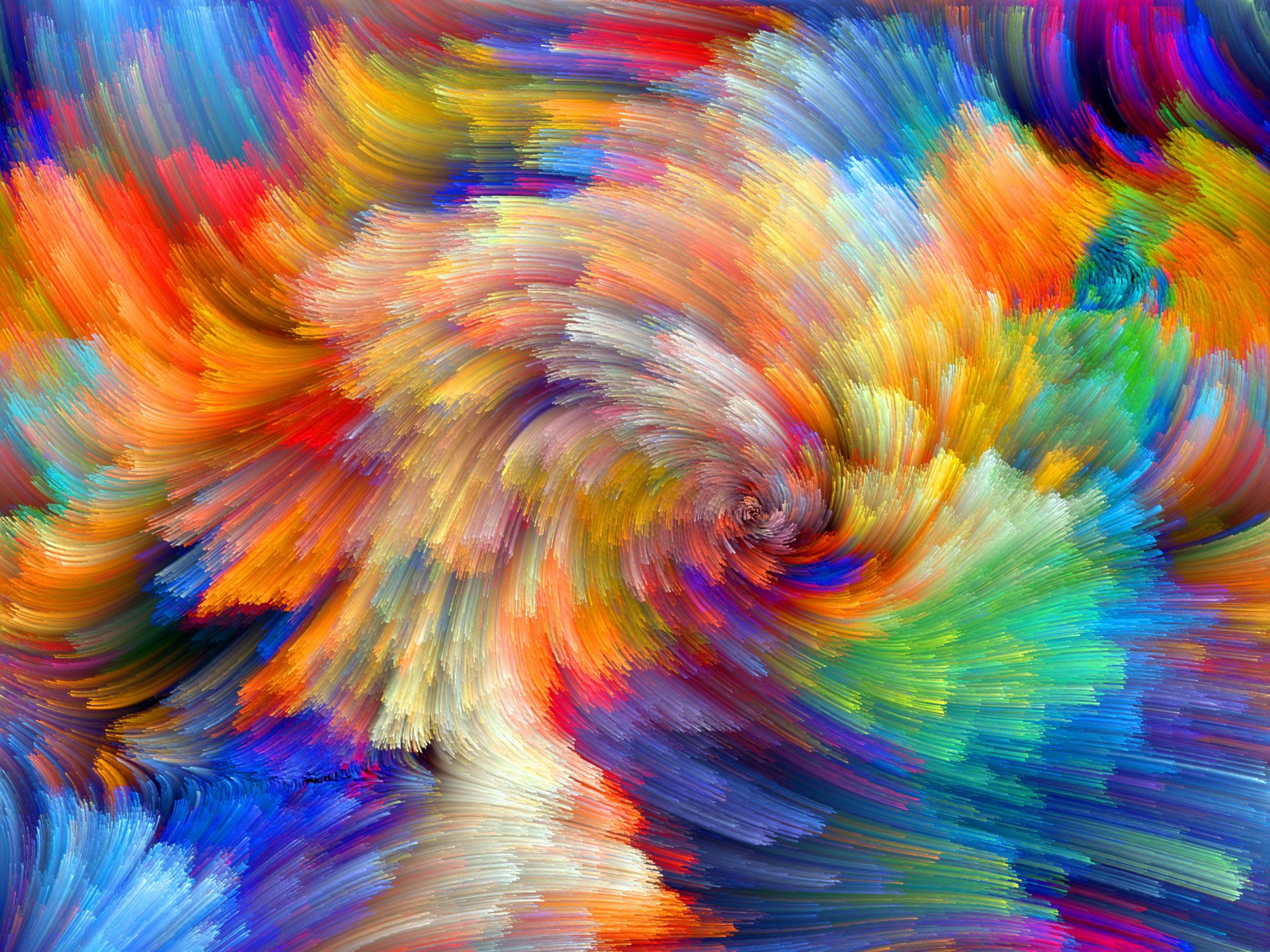 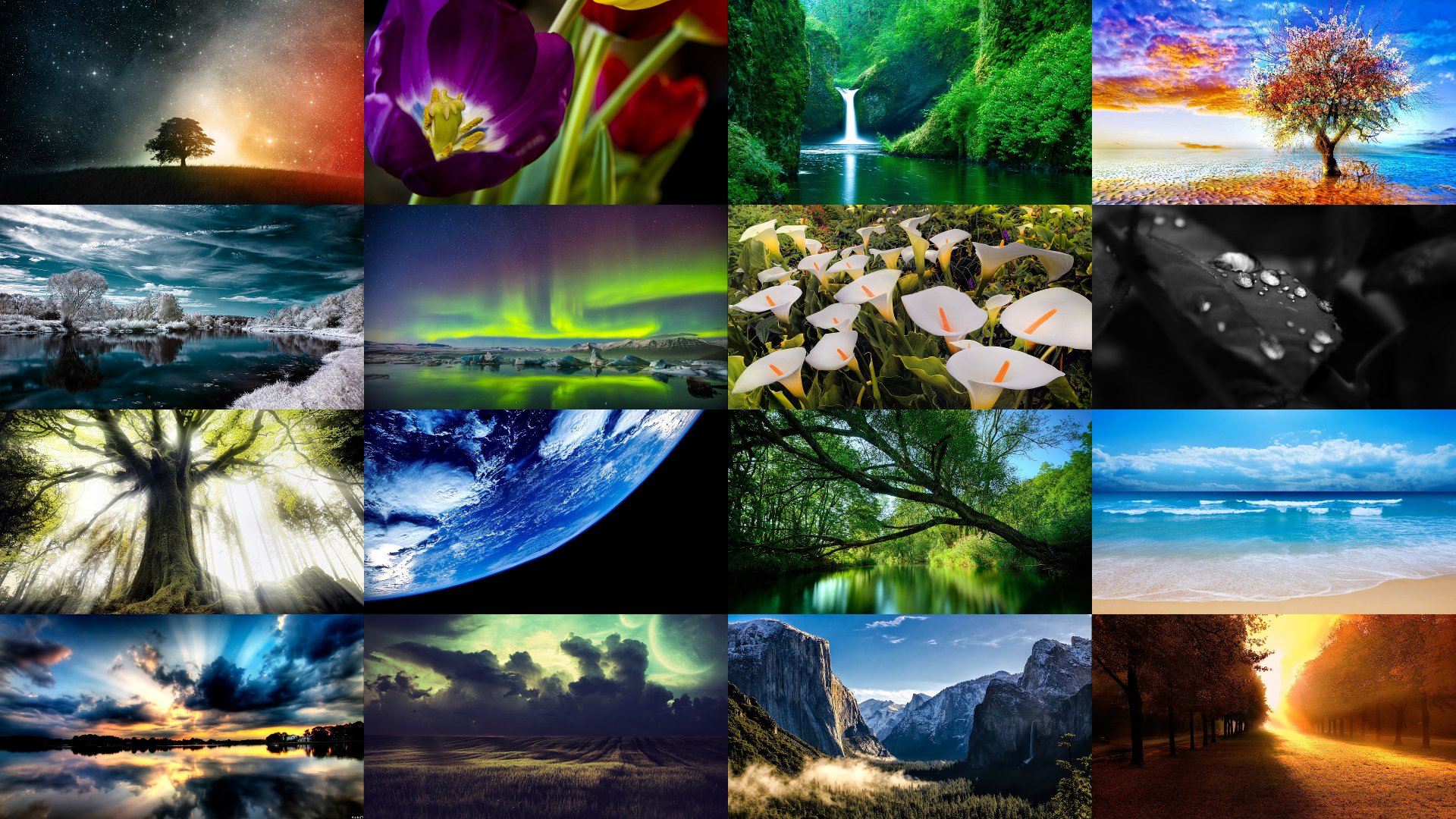 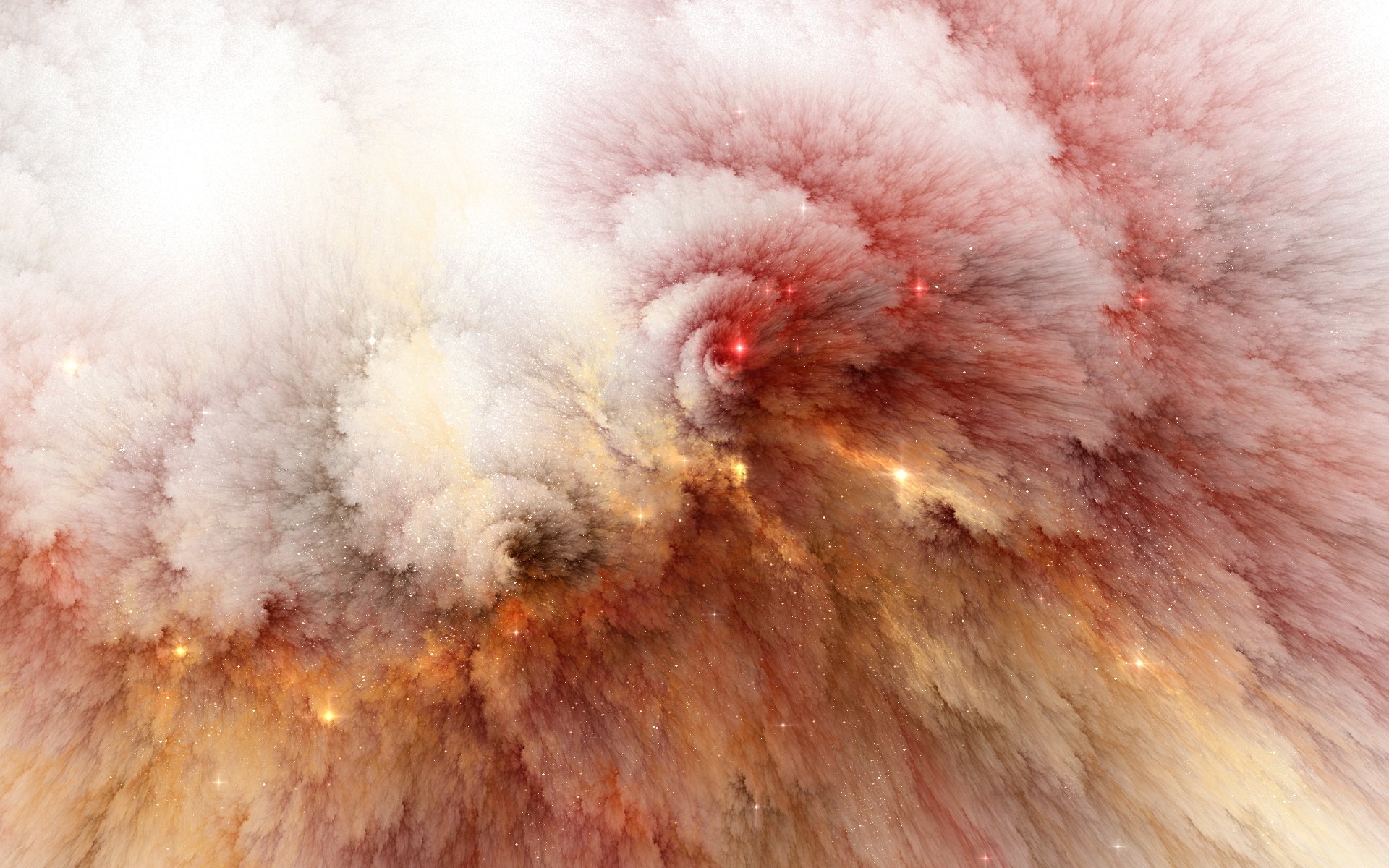 Easy to understand and use

Unlike the other shells that need a lot of setting-up to work the way you want them to, fish works perfectly right out of the box.

It ships with the most widely used features already included, which are present when you start using it without needing to install any additional plugins or tweak any configuration files unless you want to. Its syntax is simple, clean, and consistent.

Syntax highlighting is a feature that we all wish our CLI could perform. It saves a lot of time and frustration. Well, fish does it, and it does it pretty well.

It shows you whether your command or the directory to be searched exists before you even hit enter. You’ll know whether you’re typing anything wrong before you hit enter. This makes it easier for people to parse commands, and find errors.

It highlights (most) errors in red, such as misspelled commands, misspelled options, reading from non-existing files, mismatched parenthesis and quotes, and many other common errors.

The fish community maintains Oh My Fish, which is a shell framework inspired by Oh My Zsh. It offers a lot of beautiful prompt themes and awesome plugins, is lightweight, awesome, and easy to use.

You will land on the website with which you can customize the skin of your shell.

This is an interactive feature of this Shell. You begin typing a command and press the up key to see all the times in the Shell history where you used that command before.

To search the history, simply type in the search query, and press the up key. By using the up and down arrow, you can search for older and newer matches. The fish history automatically removes duplicate matches and the matching substring is highlighted.

These features make searching and reusing previous commands much faster.

It also suggests the most frequently used commands and auto-completes while you type, based on your history and valid files available.

Fish can parse CLI tool man pages in various formats. Type in a command and “tab” through all the suggested auto-completions.

Steps to install and use Fish Shell

Once the installation is completed, you can start using it by switching your current shell to Fish, for that type-

After using some time, if you like this colorful and friendly shell, then you can set it system default instead of bash.

To change Fish properties, we can create a configuration file-

Switch back to Bash

If you didn’t like Fish and want back your Bash again on the terminal, then run

To learn more about this shell command see the official documentation.

GDU is written in ‘Go’ language and the official GitHub page frames it as ‘Pretty fast disk usage analyzer’ particularly for SSDs. It also works for HDDs but the performance is not as efficient as in SDD.