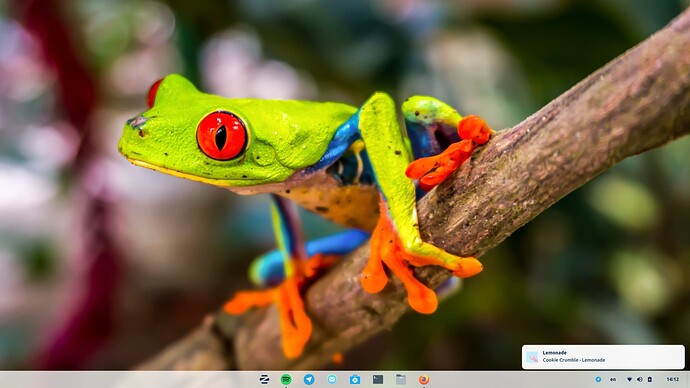 About the same subject ?

That is a good suggestion and they are very similar.
That thread is covering a particular video guide and it's suggestions, whereas this one is aimed toward user suggestions. Merging them may also get confusing as the timestamps of the postings would really spread them out through the thread.
There is a splinter thread to this one, also... on Discussing the topics of this thread, since it was getting pretty filled by non-suggestions.

You can try out apt-fast. apt-fast is a shell script wrapper for “apt-get” that improves updated and package download speed by downloading packages from multiple connections simultaneously. If you frequently use terminal and apt-get to install and update the packages, you may want to give apt-fast a try. Install apt-fast via official PPA using the following commands:

Then head over to here for help with configuring it.

A post was merged into an existing topic: Discussing Top X+1 things to do after installing Zorin OS 16

If you are using an SSD or NVMe drive I recommend you turn off journaling. EXT4 is a journaling filesystem. Meaning it keeps track of changes on your system (app installs, config changes, new files of all types) in case something gets corrupt or interrupted. This doesn't sound like a bad thing, but this is done every few minutes. If you are using your system all day, it won't be long before you use a few thousand writes to the drive. This is important in SSD and NVMe drives because they are limited to a certain number of read and write operations. To reduce the number of writes the system is doing, we can disable this feature. By disabling the feature you increase the chance of corrupt files if you have to hard reset your system. I would make sure everything is working and you have no freezes prior to executing this step.

This must be done with the partition unmounted, so you will need to boot back into the live image or, take note of the /dev/ in disks before rebooting, and you can press 'c' at the grub menu to perform this operation.

Once everything is setup and working properly, reboot and press 'c' at the grub menu. You will be given a command prompt. Here you will type:

After you boot into Zorin again, you can run the terminal and the following command to ensure it is disabled:

You will get the following output:

As you can see, has_journal is not in the listing.

Some folks don't recommend turning off the journaling.
Here is what they say:
https://forums.linuxmint.com/viewtopic.php?t=293779

SSD: how to optimize your Solid State Drive for Linux Mint and Ubuntu

Easy tips, tweaks and tricks for Linux Mint and Ubuntu, both for beginners and for advanced users. Complete starter's guide with simple how-to's.

8 posts were merged into an existing topic: Discussing Top X+1 things to do after installing Zorin OS 16

The considerable range in the lifetime of an SSD is related to different storage technologies:

Although the range in SSD life spans is considerable, all SSD types have a sufficiently high life expectancy with moderate use (with some limitations, including for QLC SSDs).

So in addition to what is posted above you have to consider this as well. They say 10 years is the long end of a avg user

Ok. I don't have idea how it works. I choice a app Line and what next? I don't know where to login. It forward me to webbrowser this app. How start this line app? Maybe because tutorial on this webbrowser talking to much but don't show how funcionally using that.

It is confusing...yes. I checked it out. I don't think it would work in Ferdi. I can't even understand where it would work. There is a chrome extension. Do you even use it?
Check wikipedia to know more about Line....

Line, styled LINE, is a freeware app for instant communications on electronic devices such as smartphones, tablet computers, and personal computers. Line users exchange texts, images, video and audio, and conduct free VoIP conversations and video conferences. In addition, Line is a platform providing various services including digital wallet as Line Pay, news stream as LINE Today, video on demand as Line TV, and digital comic distribution as Line Manga and Line Webtoon. The service is operated by...

Most services work only in Eastern Asian countries.

Line can installed with wine but maybe also some another idea on websides. I remember some software in linux can run app mobile.

I saw that Pop!_OS Shell is already mentioned in this thread. But while you are at it, I can highly recommend also installing Pop_OS! Launcher. It used to be part of Pop!_OS Shell but now you need to install it separately and it works great on Zorin 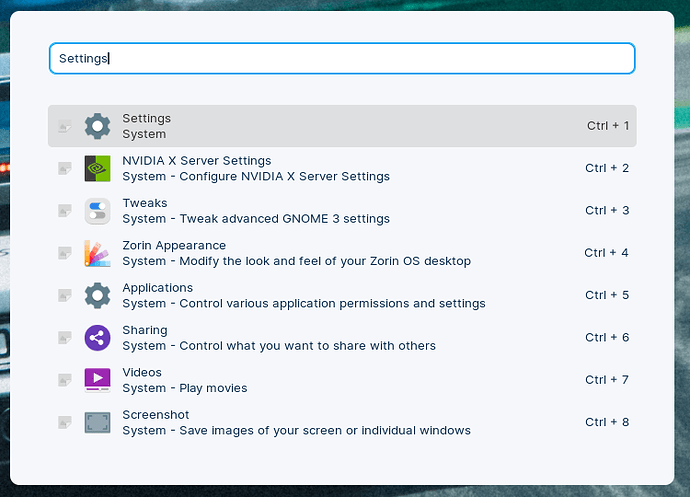 If you have ever run Pop!_OS you know how powerful the launcher is. It's like search on steroids. With the launcher, you can:

I followed the steps mentioned in the link but i am unable to find the launcher after installation .
can you help me with that please

You should be able to open the app menu (z icon on the taskbar) and type the name of the application in the search bar. If it doesn't show you may want to remove it and try again. Sometimes new applications are not visible until after a restart.

yeah rebooting fixed the issue
Thanks!

There is an upgrade for pipewire, that automatically switches from and to hsp/hpf during calls from the A2DP profile and back after, for bluetooth devices. Use the following to add the repository from the terminal:

Then you can install it with:

31...(I think?)
Install GNOME Sushi (for nautilus only)
It has the same function as the Mac OS like "Quick Look" feature which comes handy when you are looking for an image or pdf but the thumbnail is too small or the file manager could not create the thumbnail. It creates a preview for the file when you click on the file and press space bar. When you press the space bar again, it closes the preview.
It works with images, pdfs, most text document formats and videos too!! 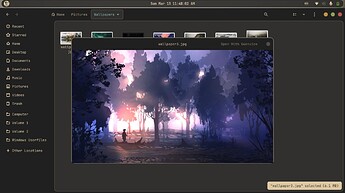 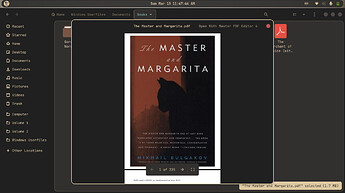 The guide by Joey Sneddon of OMG! Ubuntu: Use GNOME Sushi to get a macOS 'Quick Look' feature in Ubuntu. Just select a file in Nautilus then hit the spacebar to see an instant preview – sound good?

If you install Nemo (which i believe i recommended earlier) , you get a preview window in the file explorer on the right (similar to windows xp or windows 7 file explorer) when clicked. If you insist on sticking with nautilus, then emperor's suggestion is very useful. Personally, i don't care for using something that needs extensions for functionality (running KDE desktop with Nemo).